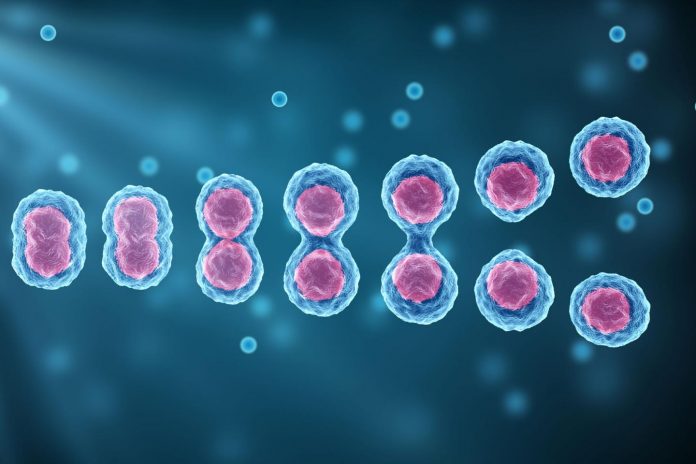 USC researchers peering deep inside a living cell have discovered something surprising: Its system for preventing genetic damage linked to diseases can fail so badly that the cell would be better off without it.

It’s a paradoxical finding because it challenges the idea that tiny protein guardians of cell division always offer protection, yet the study shows that they can at times allow bad things to happen simply by doing their job too well.

The findings have important implications for treating cancer. In addition, glitches in DNA replication lead to other genetic diseases, including birth defects, autism and neurological impairments. A cell’s ability to make new cells is also important to sustain tissues and organs.

“Generally, cells respond to errors during DNA replication by deploying monitoring proteins, called checkpoints, that serve to recognize the problem and stop cell division so that chromosome damage is prevented,” said Susan Forsburg, senior author of the study and a Distinguished Professor of Biology at the USC Dornsife College of Letters, Arts and Sciences. “This study makes the unexpected finding that in certain forms of replication stress, an active checkpoint actually allows cells to divide, causing worse damage than if it were missing entirely.”

The findings appear in a scientific paper published today in the journal Molecular and Cellular Biology.

This is fundamental research into the principles of how cells operate, how they divide to form new cells and how built-in molecular checks and balances ensure that cell division occurs correctly. It’s the sort of foundation upon which clinicians and translational scientists can find better ways to treat diseases.

“We are interested in how problems in DNA replication lead to bad things for cells and people, including cancer,” Forsburg said.

For the study, the scientists utilized a type of yeast — Schizosaccharomyces pombe — with chromosomes similar to those in humans and that uses the same genes to maintain those chromosomes. It’s been proven as an important model for cell division.

“The analogy I use is comparing a Mercedes and a lawnmower,” Forsburg said. “If you’re trying to understand the basic principles of an internal combustion engine, the lawnmower is a simplified version of the Mercedes engine. The yeast uses the same genes we do, and every gene we study has a human equivalent, with nearly all of them linked to cancer.”

In the study, the scientists examined how cells respond to a defect supervised by an important gene called CDS1. It functions like a guardian for the DNA replication process, and it has an analog in humans called CHEK1. As a checkpoint, the gene ensures the DNA is smoothly copied before cell division. Usually, when something goes wrong that hinders DNA replication, the gene stops cells from dividing until they can fix the problem. Otherwise, cells would divide without properly replicated DNA, which has deadly consequences.

Cancer treatments often combine drugs that hinder DNA replication with compounds that block the checkpoint, like a poison pill to drive the tumor cells into a lethal division. This study finds a condition where that poison pill backfires.

“We found that the active checkpoint actually allowed the cells to divide abnormally,” Forsburg said. “Unexpectedly, when we deleted the replication checkpoint, the mutant cells didn’t divide because another damage control mechanism kicked in to stop the unwanted cell divisions.”

How can a gene that seeks to help keep the cell healthy mess up so badly that it perpetuates harm to the tissue or organ? In certain instances, it seems the checkpoint gets blindsided and continues doing its job when it would be better if it took the day off.

Forsburg explained: “Our experiments examined a very specific defect in DNA replication, and it appears that this created a perfect storm. The checkpoint didn’t know what to do with it. Its best effort to protect the cells actually allowed them to slip into lethal divisions.”

The findings help advance understanding of the inner workings of cells and how cancer treatments can be improved. This year, an estimated 1.8 million new cancer cases will be diagnosed and 606,520 cancer deaths will occur in the United States, according to the American Cancer Society.

The study authors are Seong Min Kim and Susan L. Forsburg in the Department of Molecular and Computational Biology at USC Dornsife.

The work was supported by a National Institutes of Health grant (R35-GM118109).