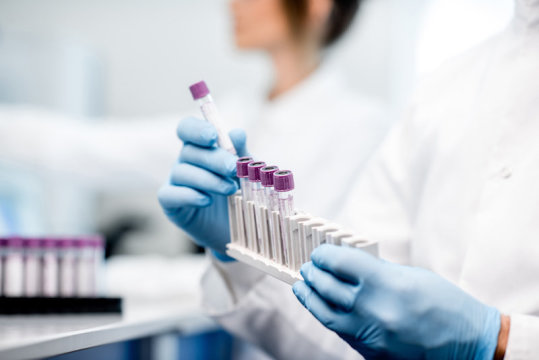 An international consortium of scientists has analyzed protein-coding genes from nearly 46,000 people, linking rare DNA alterations to type 2 diabetes. The study, one of the largest known of its type, includes data from people of European, African American, Hispanic/Latino, East Asian, and South Asian ancestries.

From this large cohort — roughly 21,000 individuals with type 2 diabetes and 25,000 healthy controls — the researchers identified four genes with rare variants that affect diabetes risk. The data suggests that hundreds more genes will likely be identified in the future.

These genes and the proteins they encode are potential targets for new medicines, and may guide researchers to better understand and treat disease.

All of the team’s results are publicly available online through the Type 2 Diabetes Knowledge Portal (www.type2diabetesgenetics.org), enabling scientists around the world to access and use the information for their own research.

“These results demonstrate the importance of studying large samples of individuals from a wide range of ancestries,” said senior study author Michael Boehnke, professor of biostatistics and director of the Center for Statistical Genetics at the University of Michigan School of Public Health. “Most large population studies focus on individuals of European ancestry, and that can make it hard to generalize the results globally. The more diverse the cohort makes for better, more informative science.”

“We now have an updated picture of the role of rare DNA variations in diabetes,” said Jason Flannick, first author on the study. “These rare variants potentially provide a much more valuable resource for drug development than previously thought. We can actually detect evidence of their disease association in many genes that could be targeted by new medications or studied to understand the fundamental processes underlying disease.” Flannick is an assistant professor of pediatrics at Harvard Medical School and the Division of Genetics and Genomics at Boston Children’s Hospital, and an associate member of the Broad Institute of MIT and Harvard.

Other senior authors include Mark McCarthy, professor of diabetic medicine at the University of Oxford, and Jose Florez, chief of the endocrine division and diabetes unit at Massachusetts General Hospital, a professor of medicine at Harvard Medical School, and director of the diabetes research group at the Broad Institute.

The study was published today in Nature.

According to statistics from the World Health Organization, over 400 million people worldwide have diabetes. The vast majority of these cases are type 2. Diabetes is estimated to be the seventh leading cause of death globally. While researchers have known that lifestyle and environmental factors play a huge role in type 2 diabetes, it is essential to gain a deeper understanding of the biological mechanisms that drive the condition.

For this study, the researchers sequenced what’s called the “exome,” that is, only those regions in the genome that code for proteins.

Another approach to finding disease-associated variants is called a genome wide association study, or GWAS. This approach can be very effective for finding common-disease variants throughout the entire genome, but can miss the less-common exome variants. And this is key, because while rare exome variants are extremely hard to detect, they can provide invaluable insight into disease-related genes, which in turn can suggest new drug targets.

For this reason, the researchers aim to increase sample sizes in future studies. With a cohort of almost 50,000, this may be the largest exome sequencing study of type 2 diabetes, but as the authors state in the paper, sample sizes ranging between 75,000 and 185,000 cases may be needed to identify even those rare variants with the largest impact.

“It’s critical to remember that just because we are examining variants in protein-coding DNA, we don’t get a break on the number of samples needed to detect a significant effect,” says Jose Florez. “The effects of these variations can be powerful, but because they are so rare, we still need to increase the sample size in order to really derive compelling insights.”

Funding for this study included support from the National Institute of Diabetes and Digestive and Kidney Diseases, the National Human Genome Research Institute, and the Slim Initiative in Genomic Medicine for the Americas (SIGMA), a joint U.S.-Mexico project funded by the Carlos Slim Foundation.