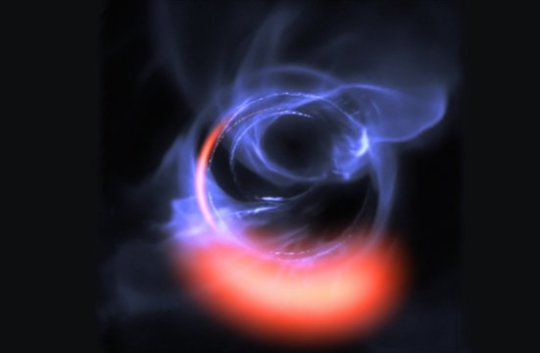 A black hole is conventionally thought of as an astronomical object that irrevocably consumes all matter and radiation which comes within its sphere of influence. Physically, a black hole is defined by the presence of a singularity, i.e., a region of space, bounded by an ‘event horizon’, within which the mass/energy density becomes infinite, and the normally well-behaved laws of physics no longer apply. However, as an article in the January issue of the journal Nature Astronomy demonstrates, a precise and agreed definition of this ‘singular’ state proves to be frustratingly elusive. Its author, Dr. Erik Curiel of the Munich Center for Mathematical Philosophy at Ludwig-Maximilians-Universitaet, summarizes the problem as follows: “The properties of black holes are the subject of investigations in a range of subdisciplines of physics — in optical physics, in quantum physics and of course in astrophysics. But each of these specialties approaches the problem with its own specific set of theoretical concepts.”

Erik Curiel studied Philosophy as well as Theoretical Physics at Harvard University and the University of Chicago, and the primary aim of his current DFG-funded research project is to develop a precise philosophical description of certain puzzling aspects of modern physics. “Phenomena such as black holes belong to a realm that is inaccessible to observation and experiment. Work based on the assumption that black holes exist therefore involves a level of speculation that is unusual even for the field of theoretical physics.” However, this difficulty is what makes the physical approach to the nature of black holes so interesting from the philosophical point of view. “The physical perspective on black holes is itself inextricably bound up with philosophical issues relating to ontological, metaphysical and methodological considerations,” says Curiel.

During the preparation of his philosophical analysis of the concept of black holes for Nature Astronomy, the author spoke to physicists involved in a wide range of research fields. In the course of these conversations, he was given quite different definitions of a black hole. Importantly, however, each was used in a self-consistent way within the bounds of the specialist discipline concerned. Curiel himself describes these discussions as “surprising” and “eye-opening.”

For astrophysicist Avi Loeb, “a black hole is the ultimate prison: once you check in, you can never get out.” On the other hand, theoretical physicist Domenico Giulini regards it as “conceptually problematical to think of black holes as objects in space, things that can move and be pushed around.”

Curiel’s own take-home-message is that the very diversity of definitions of black holes is a positive sign, as it enables physicists to approach the phenomenon from a variety of physical perspectives. However, in order to make productive use of this diversity of viewpoints, it will be important to cultivate a greater awareness of the differences in emphasis between them.