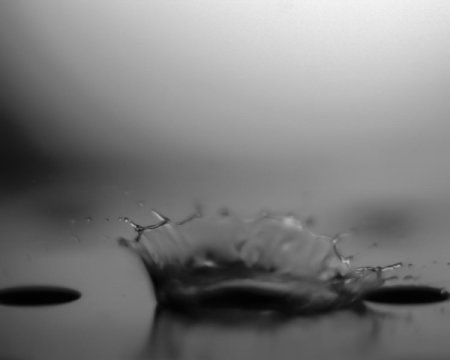 Many phenomena occurring in nature and industry happen very quickly: a tear running through a piece of fabric, a rubber ball bouncing off a hard floor, a drop of water wetting a dry surface and a piece of scotch tape peeling off, for example. Capturing images of these phenomena would help scientists better understand them, but conventional cameras aren’t fast enough — and high-speed cameras are prohibitively expensive.

But scientists at EPFL’s Engineering Mechanics of Soft Interfaces Laboratory, working in association with Harvard University researchers in the SMR lab, have developed a new imaging method called Virtual Frame Technique (VFT) that can generate thousands of images of these phenomena as they occur step by step, using a photo taken from any kind of device, including a smartphone. What’s more, VFT has been shown to perform better than high-speed cameras.

Working with a conventional photo

The method starts by analyzing a conventional photo. “If you use a regular camera to take a picture of a drop of water hitting a dry surface, the water’s movement will cause the picture to be blurry. But these blurred areas are precisely where the phenomenon is taking place, both spatially and temporally. That’s what our technique uses to piece together the underlying phenomenon,” says John Kolinski, a professor at EPFL’s School of Engineering. In other words, VFT works by deconstructing the blurry parts of pictures.

A method for binary phenomena

The first step is to shine light on the phenomenon just as the conventional picture is taken, so that the blurry parts can be exploited. “This initial illumination step must be done correctly so that the blurry parts of the picture contain the right information and can be used. At this point the object must have a quantifiable instantaneous state of either completely blocking the light or completely letting it through,” says Kolinski. The next step is to employ advanced image-processing methods to improve the conventional picture’s temporal resolution and specific illumination scheme, and then turn it into a binary image — that is, containing either black or white pixels.

This method offers an advantage because many natural phenomena are binary; for example, a piece of fabric is either torn or it isn’t, a surface is either wet or dry. That means only two greyscale values are necessary to depict them — no need for the 15,000+ intensity values available with conventional cameras. By sacrificing the ability to resolve intensity, the scientists were able to use the camera sensor’s bit depth, or the amount of information the sensor can obtain, to increase the frame rate while retaining full spatial resolution. Temporal resolution can be improved even further by adjusting the timing of a light pulse.

VFT therefore breaks down a conventional photo of an object in rapid motion into thousands of images that show every step of the process. “It’s like taking time-lapse photos of a nearly instantaneous phenomenon,” says Kolinski. The scientists tested their technique on pictures taken by all kinds of devices, from smartphones to sophisticated professional cameras, and found that it consistently resulted in a faster frame rate. While careful illumination is required, the method is quite general, and has been used to record a rich variety of phenomena, from droplet impacts to fracture mechanics.