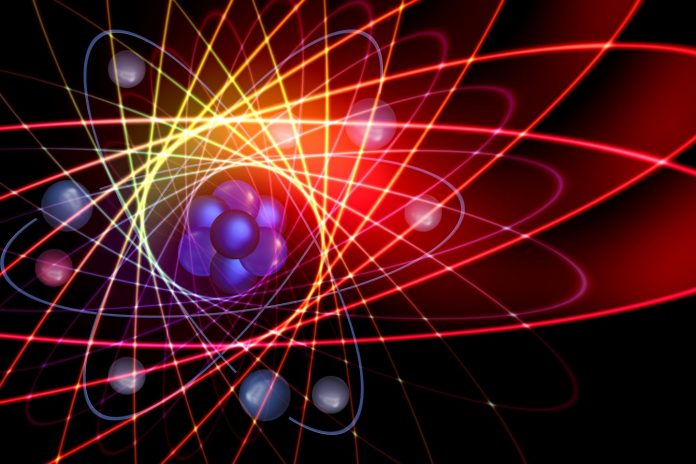 Aside from the deep understanding of the natural world that quantum physics theory offers, scientists worldwide are working tirelessly to bring forth a technological revolution by leveraging this newfound knowledge in engineering applications. Spintronics is an emerging field that aims to surpass the limits of traditional electronics by using the spin of electrons, which can be roughly seen as their angular rotation, as a means to transmit information.

But the design of devices that can operate using spin is extremely challenging and requires the use of new materials in exotic states–even some that scientists do not fully understand and have not experimentally observed yet. In a recent study published in Nature Communications, scientists from the Department of Applied Physics at Tokyo University of Science, Japan, describe a newly synthesized compound with the formula KCu6AlBiO4(SO4)5Cl that may be key in understanding the elusive “quantum spin liquid (QSL)” state. Lead scientist Dr Masayoshi Fujihala explains his motivation: “Observation of a QSL state is one of the most important goals in condensed-matter physics as well as the development of new spintronic devices. However, the QSL state in two-dimensional (2D) systems has not been clearly observed in real materials owing to the presence of disorder or deviations from ideal models.”

What is the quantum spin liquid state? In antiferromagnetic materials below specific temperatures, the spins of electrons naturally align into large-scale patterns. In materials in a QSL state, however, the spins are disordered in a way similar to how molecules in liquid water are disordered in comparison to crystalline ice. This disorder arises from a structural phenomenon called frustration, in which there is no possible configuration of spins that is symmetrical and energetically favorable for all electrons. KCu6AlBiO4(SO4)5Cl is a newly synthesized compound whose copper atoms are arranged in a particular 2D pattern known as the “square kagome lattice (SKL),” an arrangement that is expected to produce a QSL state through frustration. Professor Setsuo Mitsuda, co-author of the study, states: “The lack of a model compound for the SKL system has obstructed a deeper understanding of its spin state. Motivated by this, we synthesized KCu6AlBiO4(SO4)5Cl, the first SKL antiferromagnet, and demonstrated the absence of magnetic ordering at extremely low temperatures–a QSL state.”

However, the experimental results obtained could not be replicated through theoretical calculations using a standard “J1-J2-J3 SKL Heisenberg” model. This approach considers the interactions between each copper ion in the crystal network and its nearest neighbors. Co-author Dr Katsuhiro Morita explains: “To try to eliminate the discrepancy, we calculated an SKL model considering next-nearest-neighbor interactions using various sets of parameters. Still, we could not reproduce the experimental results. Therefore, to understand the experiment correctly, we need to calculate the model with further interactions.”

This disagreement between experiment and calculations highlights the need for refining existing theoretical approaches, as co-author Prof Takami Tohyama concludes: “While the SKL antiferromagnet we synthesized is a first candidate to investigate SKL magnetism, we may have to consider longer-range interactions to obtain a quantum spin liquid in our models. This represents a theoretical challenge to unveil the nature of the QSL state.” Let us hope physicists manage to tackle this challenge to bring us yet another step closer to the wonderful promise of spintronics.

About the Tokyo University of Science

Tokyo University of Science (TUS) is a well-known and respected university, and the largest science-specialized private research university in Japan, with four campuses in central Tokyo and its suburbs and in Hokkaido. Established in 1881, the university has continually contributed to Japan’s development in science through inculcating the love for science in researchers, technicians, and educators.

With a mission of “Creating science and technology for the harmonious development of nature, human beings, and society”, TUS has undertaken a wide range of research from basic to applied science. TUS has embraced a multidisciplinary approach to research and undertaken intensive study in some of today’s most vital fields. TUS is a meritocracy where the best in science is recognized and nurtured. It is the only private university in Japan that has produced a Nobel Prize winner and the only private university in Asia to produce Nobel Prize winners within the natural sciences field.

About Dr Masayoshi Fujihala from Tokyo University of Science

Masayoshi Fujihala graduated from Saga University, Japan, where he received Bachelor’s, Doctoral, and Post-doctoral degrees. He currently works at the Department of Physics at Tokyo University of Science, where he is in charge of several physics courses. His research areas are magnetism, and low temperature synthesis; he has published about 20 refereed papers on these subjects.

This study is partly supported by the Grant-in-Aid for Scientific Research (No. 17K14344) from MEXT, Japan.