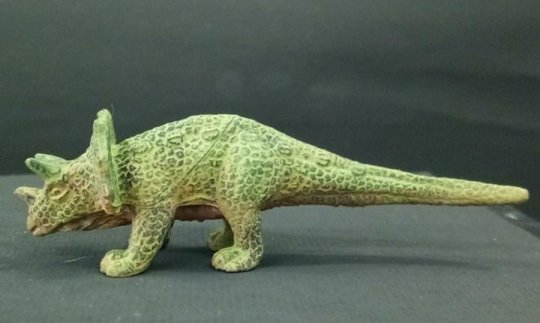 This toy dinosaur was painted with a new type of non-iridescent structural color. 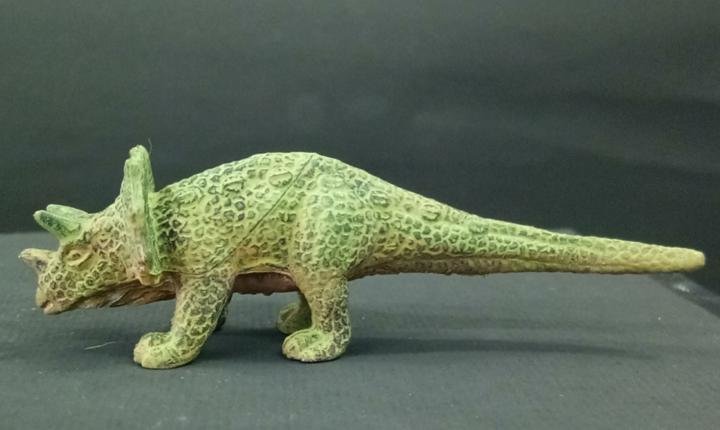 This toy dinosaur was painted with a new type of non-iridescent structural color.

Structural colors, like those found in some butterflies’ wings, birds’ feathers and beetles’ backs, resist fading because they don’t absorb light like dyes and pigments. However, the iridescence that enhances their beauty in nature is not always desirable for some applications, such as paints, color displays or printer inks. Now, researchers have developed a new method to produce structural colors that don’t change with the angle of viewing. They report their results in ACS Omega.

Dyes and pigments absorb and reflect particular wavelengths of visible light, causing them to appear the same color as the reflected light. In contrast, structural colors do not absorb light but instead reflect it from microscopic structures, such as the scales on a butterfly’s wing. The wavelengths of reflected light depend on the orientation of the object and the viewer’s angle, causing the shimmery, color-shifting effect of iridescence. Previously, scientists found that they could make non-iridescent structural colors by reflecting the light from less-well-ordered microstructures, but their methods have practical limitations. Dongpeng Yang, Shaoming Huang and colleagues from Guangdong University of Technology wanted to develop a quick and simple way to produce non-iridescent structural colors that could be used in color printing and to paint 3D objects.

In their new method, the researchers coated spherical silica particles with a thin shell of iron oxide (Fe3O4) nanoparticles. They then placed a solution of the particles onto a surface and heated the samples to quickly evaporate the liquid. The resulting film contained closely packed particles that lacked the long-range order necessary for iridescence. As a result, the surfaces appeared the same color regardless of the viewer’s angle. The color could be controlled using different silica particle sizes. The team showed that they could print text and images and also coat a 3D object (a toy dinosaur) with the colors.