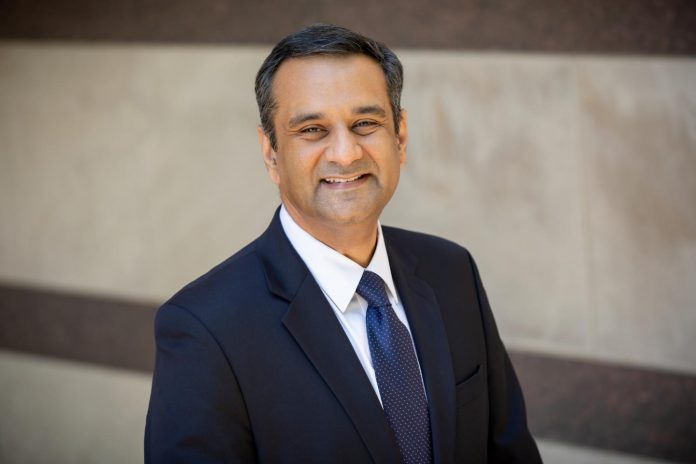 Researchers at the Beckman Institute for Advanced Science and Technology have developed a new method to improve the detection ability of nanoscale chemical imaging using atomic force microscopy. These improvements reduce the noise that is associated with the microscope, increasing the precision and range of samples that can be studied.

Atomic force microscopy is used to scan the surfaces of materials to generate an image of their height but the technique cannot easily identify the molecular composition. Researchers have previously developed a combination of AFM and infrared spectroscopy called AFM-IR. The AFM-IR microscope uses a cantilever, which is a beam that is connected to a support at one end and a sharp tip at the other, to measure subtle movements of the sample introduced by shining an IR laser. The absorption of light by the sample causes it to expand and deflect the cantilever, generating an IR signal.

“Although the technique is widely used, there is a limit to its performance,” said Rohit Bhargava, a Founder Professor of Engineering and the director of the Cancer Center at the University of Illinois at Urbana-Champaign. “The problem is that there were unknown sources of noise that limited the quality of the data.”

The researchers created a theoretical model to understand how the instrument works and therefore identify the sources of noise. Additionally, they developed a new way to detect the IR signal with improved precision.

“The cantilever deflection is susceptible to noise which becomes worse as the deflection increases,” said Seth Kenkel, a graduate student in the Chemical Imaging and Structures Laboratory, which is led by Bhargava. “Instead of detecting cantilever deflection, we used a piezo component as a stage to maintain zero deflection. By applying a voltage to the piezo material, we can maintain small deflection with low noise while recording the same chemical information which is now encoded in the piezo voltage.”

Instead of moving the cantilever, the researchers use the movement of the piezo crystal to record the IR signal. “This is the first time anyone has controlled a piezo actuator to detect the signal. Other researchers work around challenges such as noise by using more complex detection systems that don’t address the underlying problems associated with AFM-IR,” Kenkel said.

“People have only been able to use this technique to measure samples that have a strong signal because of the noise problem,” Bhargava said. “With the improved sensitivity, we can image a much smaller volume of samples, like cell membranes.”

“The new technique developed by the Bhargava lab is exciting. Our group is interested in using this technique immediately to learn about protein deformation on complex surfaces,” said Catherine Murphy, the head of the Department of Chemistry and the Larry Faulkner Endowed Chair in Chemistry.