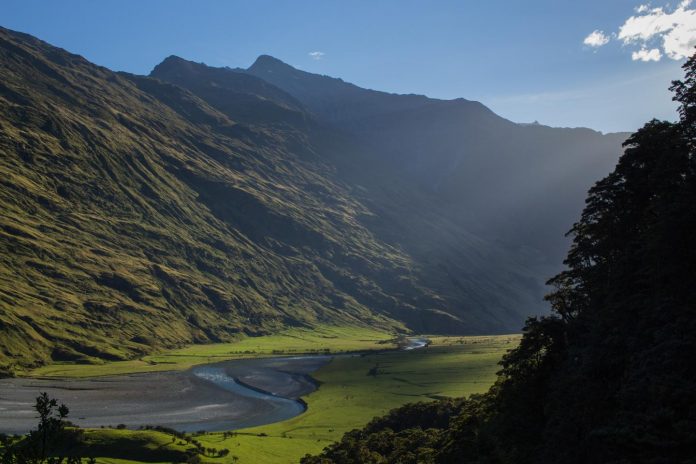 MUNICH — Indigenous knowledge, including oral histories, mythologies, place names, and classification schemes, can span many generations, preserving information that has helped native communities adapt to natural hazards as well as gradually changing conditions. Although Western scientists have historically deemed such information unreliable, during the past decade there has been increasing recognition of the advantages of bicultural approaches to scientific research, including demonstration of reliability.

Now a review published in the European Geosciences Union’s journal Earth Surface Dynamics offers a roadmap for weaving together Indigenous knowledge with modern research, with a focus on the geosciences. “One goal is to encourage scientists to consider how their project might be of interest or relevance to Indigenous communities and to make conducting research with such groups more accessible,” says Clare Wilkinson, a Ph.D. student at Te Whare Wananga o Waitaha | University of Canterbury and the paper’s lead author.

The review, which is co-authored by native and non-native researchers from both Te Whare Wananga o Waitaha | University of Canterbury and Te Whare Wananga o Tamaki Makaurau | The University of Auckland, showcases a variety of tools for weaving Indigenous knowledge with Western science that maintain the integrity and validity of both methodologies, Wilkinson says. “There are clear links between Indigenous knowledge and values with respect to geomorphology,” states Wilkinson, “but there is not much research that weaves these two cultural knowledge bases together.”

Bicultural research: benefits for all

Bicultural research undertaken within respectful, reciprocal relationships can yield benefits for everyone involved, according to Wilkinson. Oral histories, for example, may provide insight into events that have been erased from the geologic record. Filling such gaps is crucial for projects such as the Aotearoa New Zealand Palaeotsunami Database, a catalogue of tsunamis that occurred prior to the start of historical written recordkeeping that is being used to better understand the distribution and magnitudes of these potentially destructive mega-waves.

Weaving of Indigenous knowledge with Western scientific research also has the potential to support native communities to make informed decisions regarding potential hazards on their ancestral lands. An example cited in the review describes native Maori purakau (stories) about a ngarara: a mythological, lizard-like creature, who lives in the Waitepuru River in Aotearoa New Zealand (a name that reflects the country’s bicultural foundation). According to the authors, many Maori purakau are codified knowledge expressed through metaphors. These particular stories document the river’s past geomorphic activity, expressed through the analogy of the ngarara flicking its tail back and forth.

“These stories, which my co-author Dan Hikuroa first published in 2017, document flood events,” says Wilkinson, who notes that these have implications for understanding both the area’s geomorphic history and the potential risks of living there. “The stories of the danger posed by the ngarara were taken into consideration when Maori built their homes, leaving them unharmed by past river-related hazards that have affected other nearby settlements,” Wilkinson says.

In the review the authors describe tools that may help other researchers find respectful ways to initiate bicultural research projects. These include several potential frameworks–methodologies used during the theoretical design of the research–as well as step-by-step methods for acquiring data that incorporates Indigenous values.

The most transferable framework, suggest the authors, is the He Awa Whiria | Braided Rivers, which is based on the iconic Aotearoa New Zealand river systems characterised by networks of frequently shifting, sediment-choked river channels. This framework consists of two streams, one symbolising Maori knowledge and a second representing Western science. “The two knowledge streams operate collaboratively as well as independently, but both have the same objective of providing a balanced research outcome,” Wilkinson says.

An element of reciprocity

Shifting language is also a challenge, explains Wilkinson; words must be chosen very carefully to maintain mutual respect and safety for all involved, and researchers shouldn’t expect Indigenous input on a project that doesn’t interest them or provide them with any benefit. “Purely extractive research is not acceptable; there must be an element of reciprocity,” says Wilkinson. The authors strongly recommend that scientists wishing to participate in bicultural research find cultural advisors who know the preferred procedures for engaging with Indigenous people.

Ultimately, suggest the review authors, drawing from multiple knowledge systems will help researchers and native communities realise novel understandings that could not be reached in isolation. “It is an exciting time to be a researcher and to play a part in increasingly important engagements with Indigenous culture and knowledge,” concludes Wilkinson.