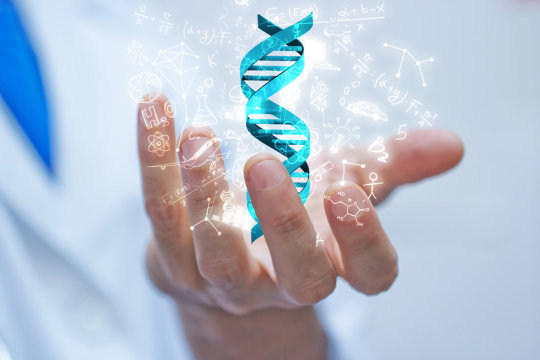 Marine organisms have evolved to thrive in various ocean environments, resulting in unique adaptations that make them the object of commercial interest. Researchers from the Stockholm Resilience Centre and University of British Columbia have identified 862 marine species, with a total of 12,998 genetic sequences associated with a patent. They found that a single transnational corporation (BASF, the world’s largest chemical manufacturer) has registered 47% of these sequences.

Public and private universities accounted for another 12%, while entities such as governmental bodies, individuals, hospitals, and nonprofit research institutes registered the remaining 4%. Overall, entities located in only 10 countries accounted for 98% the study published in Science Advances stated.

“Within national jurisdiction, the Nagoya Protocol protects countries from exploitative bioprospecting, and is meant to foster greater equity. But there’s a huge missing piece, because two-thirds of the ocean exists beyond national jurisdiction. That’s roughly half the Earth’s surface with no regulations on accessing or using genetic resources,” said Robert Blasiak, fellow at the Stockholm Resilience Centre and first author on the study. A considerable portion of all patent sequences (11%) are derived from species associated with deep sea and hydrothermal vent ecosystems (91 species, 1650 sequences), many of which are found in these unregulated areas beyond national jurisdiction.

“Establishing a legal framework for marine genetic resources will be a core issue when international negotiations on a new UN treaty on the conservation and sustainable use of biodiversity in areas beyond national jurisdiction (BBNJ) begin in earnest in September 2018,” Blasiak noted.

Countries that are signatories to United Nations Convention on the Law of the Sea (UNCLOS) have committed to promoting the development and transfer of marine technology “for the benefit of all parties concerned on an equitable basis”; a commitment which may have implications in the upcoming negotiations. Of the 30 countries involved in patenting these resources, 27 are parties to UNCLOS.

“Equity is deeply embedded within UNCLOS and the language of the Sustainable Development Goals,” said Colette Wabnitz, Research Associate in the UBC Institute for the Oceans and Fisheries, and co-author on the study. “Ensuring that the process moves forward in an inclusive manner means that states should increase their commitments to disclose the geographic origin of marine genetic resources, and promote greater international participation in discovering and using the benefits of marine biodiversity.”

The authors note that the existence of a handful of corporations with a disproportionate influence also suggests an opening for more direct engagement with them. They believe such engagement could help companies distinguish themselves through their proactive behaviour and contribute to providing new norms and standards associated with transparency, capacity building, and benefit sharing. “By 2025, the global market for marine biotechnology is expected to reach $6.4 billion and span a broad range of commercial purposes for pharmaceutical, biofuel, and chemical industries,” Wabnitz noted. “It is clear that these industry leaders must be involved in the upcoming BBNJ treaty negotiations, if only by virtue of their ownership of such a large share of the marine genetic sequence patents.”