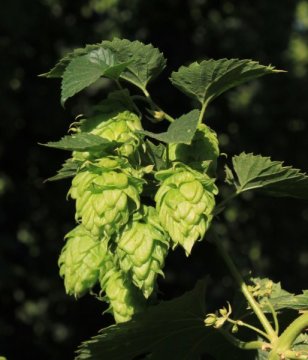 A new study by the Leibniz-Institute for Food Systems Biology at the Technical University of Munich ([email protected]) shows that craft beer should be kept cool and consumed as fresh as possible. After three months, cold stored beer already loses more than one third of an important hop odorant which characterizes the typical aroma of many craft beers. Storage at room temperature causes the concentration of this substance to decrease even more significantly.

Martin Steinhaus and Klaas Reglitz from the Leibniz [email protected] recently published their findings in the journal BrewingScience.

Craft beer is not only popular in the US

Craft beer plays a big role, especially in the US, but is also becoming increasingly popular in Germany. Not only the craftsmanship, but also a strong hop aroma distinguishes many craft beers from mainstream beers. Brewmasters achieve the latter by an additional, late addition of hops to the young beer. In this so-called “dry hopping,” a substance with the complicated name 4-mercapto-4-methylpentan-2-one plays a special role. Its odor is reminiscent of black currant berries. Just a few nanograms (ng) of the odorant per liter are enough to significantly influence the beer aroma. As previous analyses of the two scientists show, some new American hop varieties in particular contain larger amounts of this substance. These include varieties such as Citra, Eureka, Simcoe and Apollo.

What changes when the beer ages

For the first time, the aroma researchers Steinhaus and Reglitz have quantitatively determined how the content of the odor active compound changes during beer storage. To do this, they used a highly sensitive method, especially developed for the analysis of this substance. The researchers examined both filtered and unfiltered dry-hopped craft beer. During the study period of six months, the researchers stored the beer consistently at 5 and 20 degrees Celsius.

At the beginning of the investigation, the filtered beer contained 22 ng/kg of the odor active hop compound. The concentration in unfiltered beer was slightly lower at 15 ng/kg. After three months at 5 degrees Celsius, the content had decreased to 59 and 67 percent of the original content. For the beer stored at 20 degrees Celsius, the losses were significantly larger. The concentrations even decreased to 30 and 40 percent in this case. After a further three months storage time, the concentrations in all samples had decreased even more, in some cases to only 2 ng/kg.

“Anyone who prefers a beer with a strong hop aroma should not store craft beer for long,” concludes Reglitz, who studied Brewing and Beverage Technology in Weihenstephan.

“We have always had craft beers in Bavaria. They are brewed according to the German Purity Law. This means that the brewer must not use anything other than malt, hops, water and yeast,” says Steinhaus, the principal investigator of this study. Reglitz adds: “In order to create unique beers with a special character but without any additional ingredients, you need extensive knowledge. For example, you need to know which odor active compounds are present in the different hop varieties, how high their content is, how they affect beer aroma, and how they change during the brewing process and storage.”