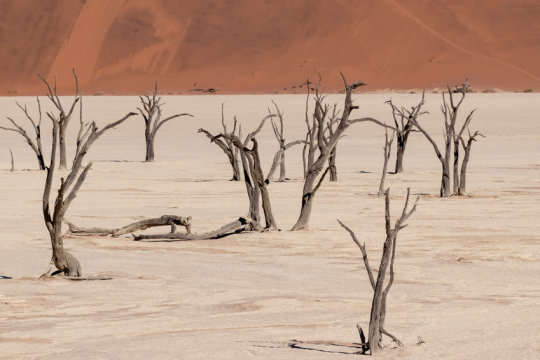 Scientists from the University of Leicester have shed new light on why mass extinctions have occurred through history — and how this knowledge could help in predicting upcoming ecological catastrophes.

The international team has investigated sudden ecological transitions throughout history, from mass mortality events in the far past to more recent extinctions which have occurred over the last few decades.

In a paper published in the journal Science, co-authored by Professor Sergei Petrovskii and Dr Andrew Morozov from the University of Leicester’s Department of Mathematics, and a group of leading scientists from the USA and Canada, the team has explored the long-standing mystery of why these ecological transitions occur.

Ecological systems sometimes experience sudden changes in their properties or function which often results in species extinction and significant loss of biodiversity.

Understanding why these significant changes occur remains a challenge, in particular because transitions often happen under apparently steady, constant conditions and therefore cannot be directly linked to a specific environmental change.

By bringing together empirical data, insights from ecological theory and mathematical models, the team has revealed that abrupt transitions in an ecosystem can occur as a result of long-term transient dynamics, including ‘ghost attractors’ and ‘crawl-bys’.

An attractor is an ‘end-state’ of a given ecosystem, that is where it expected to be found over an infinitely long period of time and/or where it returns after small perturbations.

A ‘ghost attractor’ is a special configuration of a dynamical system that exhibits the same behaviour as an attractor but only for a finite time within an ecosystem. After that time, the system would normally experience a fast evolution or transition to another state which can have very different properties. Such transition would therefore correspond to a catastrophe or major ecological shift.

‘Crawl-bys’, on the other hand, exist when changes to the dynamic of an ecosystem happen slowly over a long period of time.

Professor Petrovskii explained: “An ecological catastrophe emerging from a ‘ghost attractor’ or a ‘crawl-by’ may be a debt that we have to pay for the actions or mistakes — for example unsustainable use of natural resources — made many generations ago.

“Our research shows that a healthy ecosystem will not necessarily remain healthy, even in the absence of any significant environmental change. Therefore, better monitoring of the state of an ecosystem is required to mitigate potential disasters.

“We also can predict an approaching catastrophe in the sense that our study advises where to look for its signs and what is the relevant time scale: the environmental change (whether it is natural or human-made) that will finally lead to big changes might have happened a very long time ago.

“These findings create a new paradigm as well as a powerful theoretical framework for understanding — and potentially predicting — ecological catastrophes and for their efficient management.”