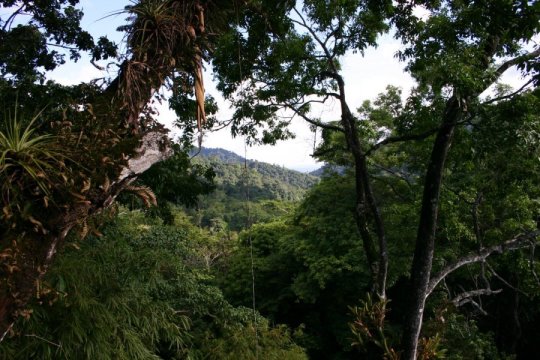 Forests in tropical regions could soon become a source of greenhouse gases, contributing to global warming rather than helping to counteract it, according to research.

Loss of trees to agriculture or livestock in tropical regions and the impact of climate change is limiting the forests’ ability to absorb carbon dioxide, a study shows.

This could make it impossible to meet the main goal in the Paris Agreement of 2015, which seeks to limit the global temperature rise to 2C compared with pre-industrial levels.

Researchers estimate that tropical forests currently take in as much carbon from the atmosphere through growth as they generate through deforestation — the loss of forest to commercial activities — and degradation — the removal of trees for timber or fuel.

Tropical forests are at risk of becoming a major source of emissions in coming decades as climate change accelerates and deforestation continues, driven by agriculture, animal grazing and mining in South America, Asia and Africa.

Loss of forest to deforestation and degradation, mainly in tropical regions, accounts for about one-fifth of recent human-made greenhouse gas emissions, scientists say. Currently, an equivalent amount of CO2 is absorbed by the remaining forests. This is aided by increased levels of carbon in the atmosphere, which makes it easier for trees to grow.

If deforestation and degradation were to stop and forests allowed to recover, they would once again help to absorb significant greenhouse gas emissions, researchers add.

It is hard to predict the fate of tropical forests under current conditions, scientists say. Climate change will cause higher temperatures and droughts, killing more trees, but at the same time higher levels of carbon dioxide in the atmosphere will aid tree growth.

Predicting the outcome could be helped by more field experiments and by countries sharing their data, to take advantage of observations from forthcoming satellites.

The study, published in Nature, was supported by the Natural Environment Research Council and the UK Space Agency.

Dr Ed Mitchard of the University of Edinburgh’s School of GeoSciences, who led the study, said: “Predicting how tropical forests will affect climate is a complex challenge — we do not know how climate will affect forests, nor if countries will meet their commitments to safeguard them. Worryingly, research indicates that forests could soon stop counteracting warming, and instead become a major source of greenhouse gas.”