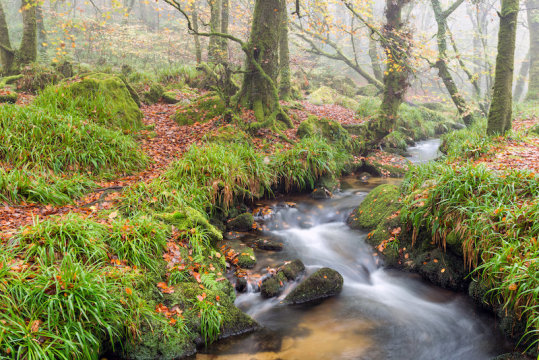 A new study has shown that restoring environments to include a wider range of species can promote ‘good’ bacteria over ‘bad’ — with potential benefits for human health.

They found that the bacterial communities more commonly found in degraded landscapes had “potential pathogenic character,” with many in the same genera as prominent disease-causing bacteria Bacillus, Clostridium, Enterobacter, Legionella and Pseudomonas.

“There is a growing body of evidence associating human health with green space around people’s homes, and environmental microbes provide a likely connection between a healthy ecosystem and human health,” says lead author, Craig Liddicoat, PhD candidate with the University of Adelaide’s School of Biological Sciences and Environment Institute.

“However evidence of tangible mechanistic links between human and environmental health is still lacking, although we know that soil microbes are an important part of airborne microbial communities generated from a particular environment.

“We wanted to see if there were particular bacteria that might be representative of ecological restoration, or the change from degraded state to a more biodiverse, natural state.”

The researchers analysed soil bacterial communities from a restoration site with a progression of environments from cleared, degraded land to a restored, more biodiverse, natural reference ecosystem. They compared their findings with data from over 200 samples from across Australia which had been assigned as disturbed or natural soils, and found consistent patterns in the proportions of opportunistic versus stable bacteria.

“What this work has shown is the potential for reducing airborne pathogens around us by restoring city environments to be more biodiverse and natural,” says senior author Professor Phil Weinstein, Professorial Research Fellow with the School of Biological Sciences.

“While we have not shown a direct link between increased abundance of these particular bacteria with increased human disease, more opportunistic bacteria in the environment is likely to bring more exposure to airborne pathogens and higher rates of infections in susceptible individuals. In healthy, biodiverse ecosystems this risk is reduced.”

The researchers say their study also points to a new way of measuring soil and ecosystem health using groups of bacteria as summary biological indicators.