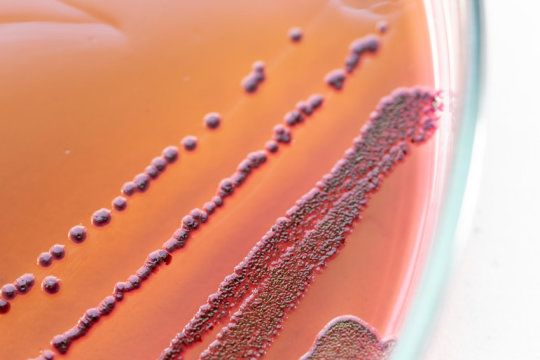 How predictable is evolution? The answer has long been debated by biologists grappling with the extent to which history affects the repeatability of evolution.

A review published in the Nov. 9 issue of Science explores the complexity of evolution’s predictability in extraordinary detail. In it, researchers at Kenyon College, Michigan State University and Washington University in St. Louis closely examine evidence from a number of empirical studies of evolutionary repeatability and contingency in an effort to fully interrogate ideas about contingency’s role in evolution.

The question of evolution’s predictability was notably raised by the late paleontologist Stephen Jay Gould, who advocated the view that evolution is contingent and unrepeatable in his 1989 book Wonderful Life. “Replay the tape a million times … and I doubt that anything like Homo sapiens would ever evolve again,” Gould mused, noting that being able to “replay the tape” and give history a do-over would be impossible. Yet since the publication of Wonderful Life, many evolutionary biologists have taken up this challenge and conducted their own versions of Gould’s experiment, albeit on smaller scales. In doing so, they have reached different conclusions about the interplay between randomness of mutations, chance historical events, and directionality imparted by natural selection.

“How history plays out isn’t really predictable. Historical outcomes are contingent on long chains of events loaded with tiny little details. A dropped packet of cigars wrapped with the Confederate army’s marching orders was found by a Union soldier, which led to the Battle of Antietam, which led to Lincoln announcing the Emancipation Proclamation. What if those cigars hadn’t been dropped, or if they hadn’t been found by a Union soldier? Evolution is similar, in that it plays out over vast periods of time with long, unique chains of events involving a lot of chance. Unlike history, though, evolution has the deterministic force of natural selection, but that determinism is always in tension with the chanciness. How does that tension affect what evolves? Which is more important: contingency on details of history, or determinism?” said Zachary Blount, a senior research associate at MSU and visiting assistant professor of biology at Kenyon College who served as lead author of the review.

“The idea of replaying life’s tape — having a fresh start — is something almost everyone has thought about at some point in their own lives. It’s also something that has long interested biologists, but on the grand scale of the history of life on Earth,” Lenski said. “Since Gould introduced the metaphor of replaying life’s tape, many studies have tried to characterize the repeatability of evolution. What our review shows is that there’s no easy answer: Sometimes evolution produces strikingly similar solutions, and other times evolving lineages take very different paths even under the same circumstances. I think that’s part of the fascination and beauty of evolution, that it produces both the expected and unexpected, perhaps like in our individual lives, but on a vastly larger scale.”

Gould’s thought experiment still stimulates robust debate, in part due to inconsistencies Gould introduced in how he described his replay metaphor, as well as confusion around the concept of contingency. Gould often conflated two common meanings of “contingency”: as dependence on something else, and as a chance event.

“There are multiple, different literatures on Gould’s idea, and these literatures are not talking to each other,” Losos said. “There are microbial evolution studies. There are all the studies of convergent evolution, or lack of convergent evolution. And there’s also a philosophical literature on what Gould meant when he said, ‘replay the tape.’ That is, more generally, when you talk about the role of contingency — which is the term Gould used — what does that actually mean?”

Their review of existing empirical studies focused on primarily on three types of “replay studies”: laboratory evolution experiments with fast-evolving organisms; experiments carried out in nature; and natural experiments that compare lineages that evolved under similar conditions. The comprehensive analysis revealed a complex picture of evolutionary change in which both contingency and determinism are evident.

Blount, Lenski and Losos examined a number of different types of laboratory experiments, including parallel replay experiments, in which identical populations of an organism are separately evolved under identical conditions, and analytic replay experiments, in which specimens are frozen from a parallel replay experiment and then resurrected and re-evolved from different points in time. This review included study of the long-term evolution experiment with Escherichia coli (LTEE), started by Lenski in 1988. The LTEE has followed 12 populations of E. coli, founded from a single clone, for more than 70,000 generations. Samples of each population were frozen every 500 generations, allowing researchers to directly compare the evolving bacteria with their ancestors.

Blount, Lenski and Losos also examined experiments that attempt to replicate evolution in natural settings. Only a few such experiments exist to date, and their review of these experiments indicated a high degree of repeatability in evolutionary responses to different historical conditions.

Their review of comparative studies of “natural experiments” further illuminated evidence of evolution’s predictability. Similar features can independently evolve in multiple species — for example, anole lizards of the Caribbean, which separately evolved traits such as the length of their legs and tails to ease their life in their specific habitats. Yet convergence in evolution does not always occur, as their review shows; contingency can play a strong role in divergent evolution of various traits.

“What we clearly see is that both convergence and lack of convergence occur a lot in the natural world,” Losos said. “It’s not useful just to keep adding to the two lists. The real question that people are now turning to is: Why does convergence occur sometimes and not others? That is where research is now headed. That’s the question we need to focus on.”

Their review was supported in part by a grant from the National Science Foundation, the BEACON Center for the Study of Evolution in Action, Michigan State University and Harvard University.