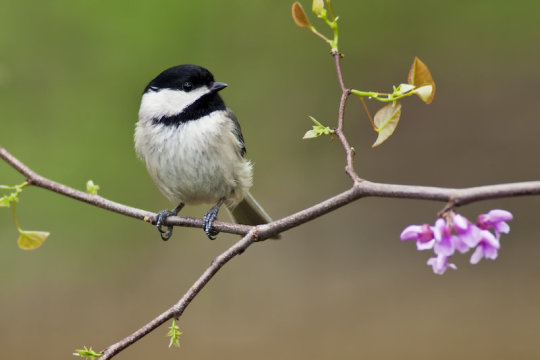 Fear can be measured in the brain and fearful life-threatening events can leave quantifiable long-lasting traces in the neural circuitry of the brain with enduring effects on behaviour, as shown most clearly in post-traumatic stress disorder (PTSD).

A new study by Western University demonstrates that the fear predators inspire can leave long-lasting traces in the neural circuitry of wild animals and induce enduringly fearful behaviour, comparable to effects seen in PTSD research.

The findings of this study, led by Western University’s Liana Zanette, Scott MacDougall-Shackleton and Michael Clinchy, were published today in Scientific Reports — Nature.

For the first time, Zanette, her students and collaborators experimentally demonstrated that the effects predator exposure has on the neural circuitry of fear in wild animals can persist beyond the period of the immediate ‘fight or flight’ response and instead can remain measurable more than a week later, in animals exposed in the interim to natural environmental and social conditions.

“These results have important implications for biomedical researchers, mental health clinicians, and ecologists,” explains Zanette, a biology professor in Western’s Faculty of Science and a renowned expert on the ecology and neurobiology of fear. “Our findings support both the notion that PTSD is not unnatural, and that long-lasting effects of predator-induced fear with likely effects on fecundity and survival, are the norm in nature.”

Retaining a powerful enduring memory of a life-threatening predator encounter is clearly evolutionarily beneficial if it helps the individual avoid such events in the future and a growing number of biomedical researchers have begun to propose that PTSD is the cost of inheriting an evolutionarily primitive mechanism that prioritizes survival over the quality of life.

Ecologists are recognizing that predators can affect prey numbers not just by killing prey, but by scaring them, as well. For example, Zanette and her collaborators have shown in a previous study that scared parents are less able to care for their young.

The long-lasting effects of fear on the brain demonstrated in this new study suggest predator exposure could impair parental behaviour for a prolonged period thereafter with greater negative effects on offspring survival than previously envisaged.

The team conducted the study on wild-caught, black-capped chickadees at Western’s Advanced Facility for Avian Research (AFAR). For two days, individual birds were exposed to audio playbacks of the vocalizations of either predators or non-predators and then housed together in flocks outdoors for seven days during which time they were not exposed to any further experimental cues. After this seven-day period, enduringly fearful behaviour was quantified by measuring each individual’s reaction to hearing a chickadee alarm call, and long-lasting effects on the neural circuitry of fear were assessed by measuring the levels of a genetic transcription factor in the brain (amygdala and hippocampus).

Materials provided by University of Western Ontario. Note: Content may be edited for style and length.