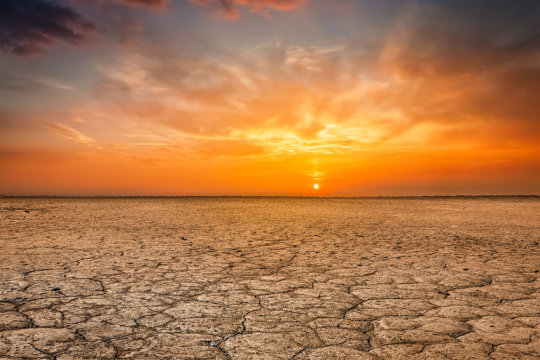 A new study led by scientists at the University of Bristol has warned that unless we mitigate current levels of carbon dioxide emissions, Western Europe and New Zealand could revert to the hot tropical climate of the early Paleogene period — 56-48 million years ago.

As seen from the ongoing heat wave, the knock-on effects of such extreme warmth include arid land and fires as well as impacts on health and infrastructure.

The early Paleogene is a period of great interest to climate change scientists as carbon dioxide levels (around 1,000 ppmv) are similar to those predicted for the end of this century.

Dr David Naafs from the University of Bristol’s School of Earth Sciences, led the research published today in the journal, Nature Geoscience. He said: “We know that the early Paleogene was characterised by a greenhouse climate with elevated carbon dioxide levels.

“Most of the existing estimates of temperatures from this period are from the ocean, not the land — what this study attempts to answer is exactly how warm it got on land during this period.”

Scientists used molecular fossils of microorganisms in ancient peat (lignite) to provide estimates of land temperature 50 million-years ago. This demonstrated that annual land temperatures in Western Europe as well as New Zealand were actually higher than previously thought — between 23 and 29 °C — this is currently 10 to 15 °C higher than current average temperatures in these areas.

These results suggest that temperatures similar to those of the current heat wave that is influencing western Europe and other regions would become the new norm by the end of this century if CO2 levels in the atmosphere continue to increase.

Professor Rich Pancost, Co-author and Director of the University of Bristol Cabot Institute, added: “Our work adds to the evidence for a very hot climate under potential end-of-century carbon dioxide levels. “Importantly, we also study how the Earth system responded to that warmth. For example, this and other hot time periods were associated with evidence for arid conditions and extreme rainfall events.”

The research team will now turn their attentions to geographical areas in lower-latitudes to see how hot land temperatures were there.

Dr Naafs said: “Did the tropics, for example, become ecological dead zones because temperatures in excess of 40 °C were too high for most form of life to survive?

“Some climate models suggest this, but we currently lack critical data.

“Our results hint at the possibility that the tropics, like the mid-latitudes, were hotter than present, but more work is needed to quantify temperatures from these regions.”