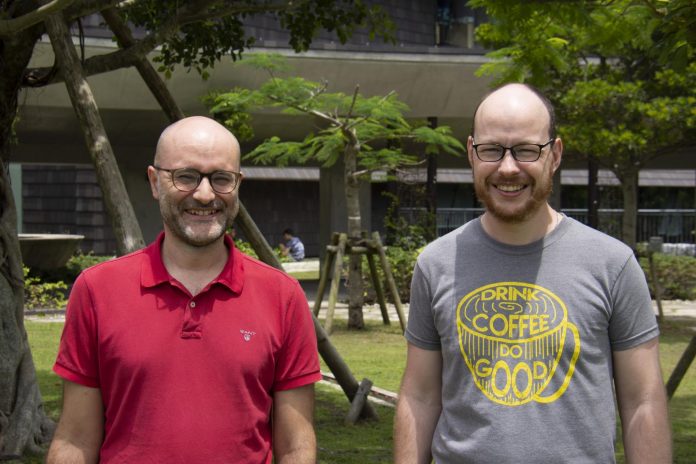 Ocean plankton are the drifters of the marine world. They’re algae, animals, bacteria, or protists that are at the mercy of the tide and currents. Many are microscopic and hidden from view, barely observable with the naked eye. Though others, like jellyfish, can grow relatively large.

There’s one thing about these drifting critters that has puzzled ecologists for decades – the diversity among ocean plankton is much higher than expected. Generally, in any given ocean sample, there are many rare species of plankton and a small number of abundant species. Researchers from the Okinawa Institute of Science and Technology Graduate University (OIST) have published a paper in Science Advances that combines mathematical models with metagenomics and marine science to uncover why this might be the case.

“For years, scientists have been asking why there are so many species in the ocean,” said Professor Simone Pigolotti, who leads OIST’s Biological Complexity Unit. Professor Pigolotti explained that plankton can be transported across very large distances by currents, so they don’t seem to be limited by dispersal. This would suggest that niche preference is the factor that determines species diversity – in other words, a single species will outcompete all other species if the environment suits them best, leading to communities with only a few, highly abundant species.

“Our research explored the theory that ocean currents promote species diversity, not because they help plankton to disperse, but because they can actually limit dispersal by creating barriers,” said Professor Pigolotti. “In contrast, when we looked at samples from lakes, where there are little or no currents, we found more abundant species, but fewer species altogether.”

At first glance, this might seem counter-intuitive. But while currents may carry plankton from one area to another, they also prevent the plankton from crossing to the other side of the current. Thus, these currents reduce competition and force each species of plankton to coexist with other species, albeit in small numbers.

For over a century, ecologists have measured diversity by counting the number of species, such as birds or insects, in an area. This allowed them to find the proportions of abundant species versus rare species. Today, the task is streamlined through both quantitative modelling that can predict species distributions and metagenomics – instead of just counting species, researchers can efficiently collect all the DNA in a sample.

“Simply counting the amount of species in a sample is very time consuming,” said Professor Tom Bourguignon, who leads OIST’s Evolutionary Genomics Unit. “With advancements in sequencing technologies, we can run just one test and have several thousand DNA sequences that represents a good estimation of planktonic diversity.”

For this study, the researchers were particularly interested in protists – microscopic, usually single-celled, planktonic organisms. The group created a mathematical model that considered the role of oceanic currents in determining the genealogy of protists through simulations. They couldn’t just simulate a protist community at the DNA level because there would be a huge number of individuals. So, instead, they simulated the individuals in a given sample from the ocean.

To find out how closely related the individuals were, and whether they were of the same species, the researchers then looked back in time. “We created a trajectory that went back one hundred years,” said Professor Pigolotti. “If two individuals came from a common ancestor in the timescale of our simulation, then we classed them as the same species.”

To confirm the results of this model, the researchers then analyzed datasets from two studies of aquatic protists. The first dataset was of oceanic protists’ DNA sequences and the second, freshwater protists’ DNA sequences. They found that, on average, oceanic samples contained more rare species and less abundant species and, overall, had a larger number of species. This agreed with the model’s predictions.

“Our results support the theory that ocean currents positively impact the diversity of rare aquatic protists by creating these barriers,” said Professor Pigolotti. “The project was very interdisciplinary. By combining theoretical physics, marine science, and metagenomics, we’ve shed new light on a classic problem in ecology, which is of relevance for marine biodiversity.”