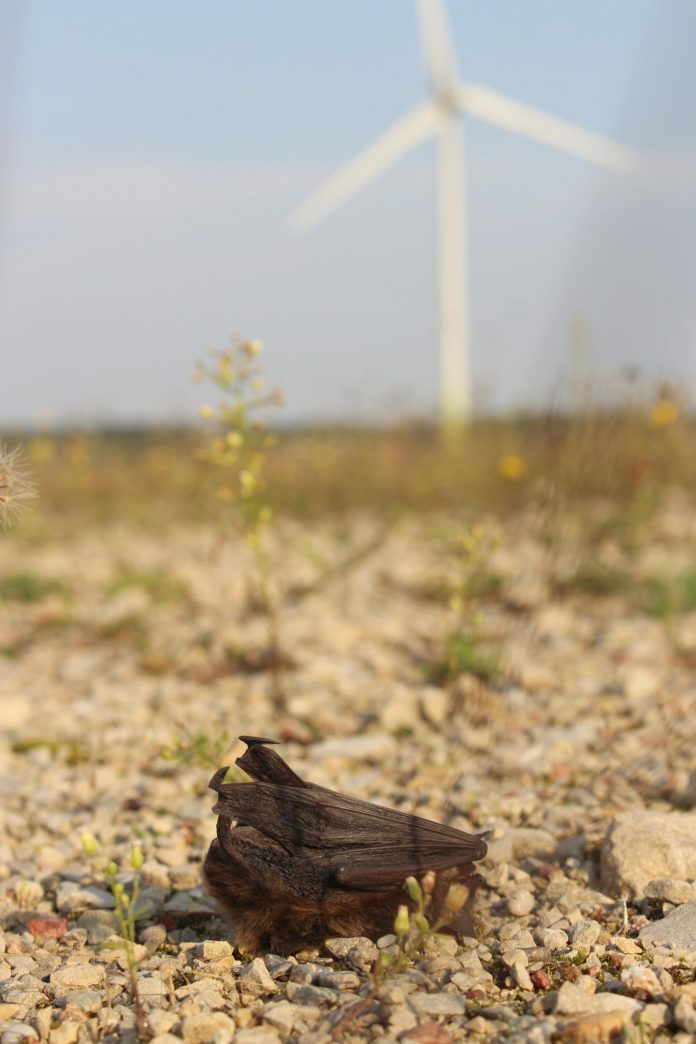 Wind energy is considered to be one of the most promising forms of renewable energy. Yet, each year, wind turbines are responsible for the death of hundreds of thousands of airborne animals such as bats which die from collisions with turbine blades. To find a constructive way out of this “green-green” dilemma, companies building and running wind turbines might have to work together with environmental experts and conservationists. Yet a lack of trust between them is likely to hinder effective and creative collaboration. In an article published in Energy Reports, scientists of the Leibniz Institute for Zoo and Wildlife Research (Leibniz-IZW) show that shared values alone are not sufficient to build mutual trust between these groups, as beliefs and emotions hold a stronger sway for the collaboration. The authors argue that an improved awareness of each others’ beliefs and emotions in relation to the construction and operation of wind turbines can benefit their work in this field and help find a way out of the dilemma.

Mitigating climate change by producing more renewable (green) energy, for instance through wind turbines, seems to be a good thing. So is the conservation of biological diversity through protecting airborne animals such as birds and bats. However, when bats and birds die from collisions with turbine blades a “green-green” dilemma arises that needs to be resolved. Parties involved in the planning and approval of wind turbine projects have contrasting views and interests. As both the mitigation of climate change and the protection of biodiversity have strong proponents with strong opinions, reaching a compromise between building and operating wind turbines and protecting e.g. bats is fraught with difficulties. If the relevant and often opposing stakeholders collaborate, their distinct views and expertise could contribute to the development of novel solutions to the conflict by helping to reconcile both goals. An example would be the avoidance of sensitive areas for the construction of wind turbines or the consistent alignment of wind turbine operating times with the activity rhythms of airborne wildlife. One crucial prerequisite for such cooperation is mutual trust.

A team of the Leibniz-IZW led by Dr Tanja Straka undertook a self-administered online survey to analyse how values, beliefs, and emotions towards wind turbines and bats affect trust between stakeholders involved in this “green-green” conflict in Germany. Overall, 537 representatives of six stakeholder groups participated in the survey: members of the wind energy sector, environmental consultants, conservation authorities, scientists, volunteers and employees of environmental NGOs.

The analysis of the responses showed that the members of all groups involved in wind energy projects share the same fundamental value of a sustainable use of nature. Yet, despite these shared values they have little trust in each other, suggesting that common values are not a good enough basis for mutual trust. The results of the investigation also demonstrated that a crucial basis for trust among stakeholders are shared beliefs and emotions towards wildlife conservation and green energy.

“Decision-making is seldom a purely rational process,” argues Tanja Straka. The authors of the article, therefore, recommend having a closer look on the beliefs and emotions of the members of the stakeholder groups involved in wind energy projects. “When planning dialogues between stakeholder groups, creating a trustworthy ground for the participants to share and discuss their views should be as important as communicating evidence-based knowledge. Such an exchange can strengthen trust and foster cooperation between members of different groups, which could help improve bat conservation in wind turbines projects, ultimately faciltating the ecologically sustainable energy transition to renewable sources and protecting our biodiversity at the same time,” adds PD Dr Christian Voigt, head of the Department of Evolutionary Ecology at the Leibniz-IZW.