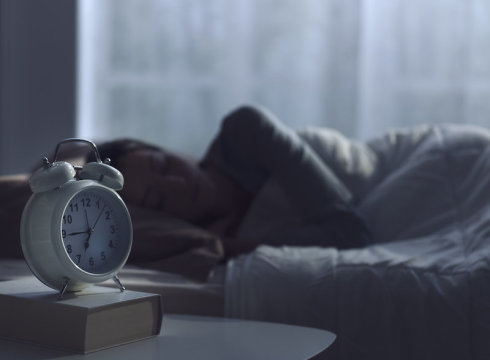 People who take long naps during the day or sleep nine or more hours at night may have an increased risk of stroke, according to a study published in the December 11, 2019, online issue of Neurology®, the medical journal of the American Academy of Neurology.

“More research is needed to understand how taking long naps and sleeping longer hours at night may be tied to an increased risk of stroke, but previous studies have shown that long nappers and sleepers have unfavorable changes in their cholesterol levels and increased waist circumferences, both of which are risk factors for stroke,” said study author Xiaomin Zhang, MD, PhD, of Huazhong University of Science and Technology in Wuhan, China. “In addition, long napping and sleeping may suggest an overall inactive lifestyle, which is also related to increased risk of stroke.”

The study involved 31,750 people in China with an average age of 62. The people did not have any history of stroke or other major health problems at the start of the study. They were followed for an average of six years. During that time, there were 1,557 stroke cases.

The people were asked questions about their sleep and napping habits. Midday napping is common in China, Zhang said. Eight percent of the people took naps lasting more than 90 minutes. And 24 percent said they slept nine or more hours per night.

The results were all adjusted for other factors that could affect the risk of stroke. These include high blood pressure, diabetes and smoking.

People who were both long nappers and long sleepers were 85 percent more likely to later have a stroke than people who were moderate sleepers and nappers.

Zhang noted that the study does not prove cause and effect between long napping and sleeping and stroke. It only shows an association.

Limitations of the study include that information on sleep and napping was taken from questionnaires, not from recording people’s actual sleep and information was not collected on sleep disorders such as snoring and sleep apnea. Also, the study involved older, healthy Chinese adults, so the results may not apply to other groups.

The study was supported by the National Natural Science Foundation of China and the National Key Research and Development Program of China.

Materials provided by American Academy of Neurology. Note: Content may be edited for style and length.