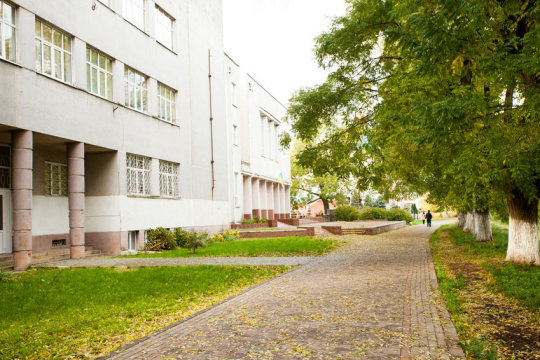 What if improving academic performance in some of the nation’s most disadvantaged and lowest-achieving schools was as easy as planting trees in the schoolyard? It’s not that simple, of course, but a new study from the University of Illinois suggests school greening could be part of the solution.

The study, published in Frontiers in Psychology and led by Ming Kuo from the Department of Natural Resources and Environmental Sciences at U of I, investigated the link between greenness and academic achievement in 318 of Chicago’s public elementary schools. The district serves a predominantly low-income minority population, with 87 percent of third-graders qualifying for free lunch during the study year (2009-2010).

Previous studies have documented a positive relationship between greenness and academic achievement, but, until now, no one had examined the relationship in high-poverty schools.

“The goal was to see if the greenness-academic achievement relationship holds for poor, urban schools because that’s where it matters. That’s where educators and policy makers are desperately trying to find ways to help kids reach their potential,” Kuo says.

The research team used high-resolution aerial imagery to quantify tree and grass cover in each schoolyard and its surrounding neighborhood, an improvement over previous studies that relied on coarse-grain vegetation imagery. “The older technology could basically tell us whether a 30-meter square was blacktop or green space, but the technology we’re using can tell us there’s a tree here, and a foot over, there’s grass,” Kuo explains.

The first step was to use a simple correlation analysis to identify relationships between tree and grass cover and academic performance, based on standardized test scores for math and reading. Schoolyard tree cover predicted academic performance, both for reading and math: the more trees, the better the performance. The same pattern showed up for trees in the adjacent neighborhood, but to a lesser extent. Grass, it turns out, does nothing for learning.

“There are consistent hints throughout the history of studying the effects of greenness on people that trees matter more than grass,” Kuo says. “So this finding was not a big surprise.”

The researchers knew that race and socioeconomic status are strongly tied to academic achievement, and that they are strongly correlated with one another. Using innovative statistical techniques to simultaneously account for both factors, the team combined them into one they called disadvantage. After discovering that disadvantage strongly predicted low academic achievement in the correlation tests, the researchers included the factor in a more sophisticated analysis that accounted for disparities related to geography within the city.

While Kuo is quick to point out that the study is purely correlational — it wasn’t designed to show cause-and-effect — she is optimistic about the results.

“Early math skills are one of the best predictors of later success, not just in math, but in school in general. So what we have here is a very exciting clue that maybe simply greening — planting trees in school yards — could potentially have a significant impact in math achievement and school success down the line for these kids. And you don’t have to plaster the schoolyard with trees — just bringing schools up to average looks like it could have a substantial effect.”

Kuo has spent her career quantifying the effects of nature on human health and behavior, but she understands people have a hard time accepting just how necessary nature is to the human experience.

“What I really want to do is figure out what helps for these schools. If trees didn’t work, then I would not want people spending money on trees. I want the money to be spent where it will make a difference. The outcome matters to me.

“As a society, we have not bothered to green our poorest, low-income minority schools. It might just seem like, well, that’s too bad, it would be nice for poor kids to have nice schools, but we can’t afford it,” she says. “The larger body of research is suggesting that, in fact, some of the reason for the disparities we see in low-income schools versus more affluent schools may actually be due, in part, to the physical facilities we’re providing. It’s not a surprise to anyone that if you don’t provide air conditioning or heating in a school then maybe the kids aren’t going to do as well. But this is the first time we’ve begun to suspect that the lack of landscaping, such as trees, may help explain, in part, their poorer test scores.”