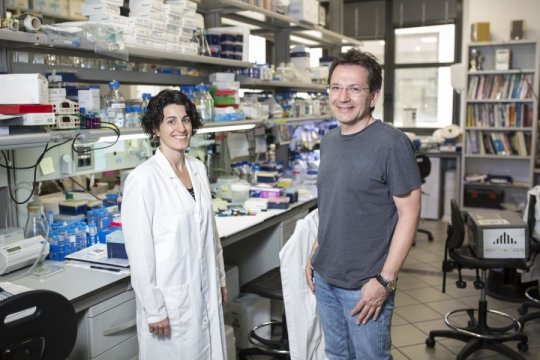 Most individuals with autism spectrum disorder cannot be distinguished by physical traits or by severe neurological symptoms. In fact, these cases can be identified only on the basis of certain behaviour, namely their obsessive focus on certain activities, and difficulties with social communications and interactions. Recent years have brought about important breakthroughs in autism research through the genetic analysis of thousands of these individuals. Researchers have been able to find correlations between defects in the expression and/or function of about 200 genes and susceptibility to autism. However, the bases underlying the dysregulation of these genes in subjects with autism were unknown.

An international team headed by José Lucas, researcher at the Spanish National Research Council (CSIC) and the Network Center for Biomedical Research in Neurodegenerative Diseases (CIBERNED), and by Raúl Méndez, researcher at the Institute for Research in Biomedicine (IRB Barcelona), has discovered that CPEB4, a molecule that regulates protein synthesis, is impaired in most cases of autism. The scientists observed that the defects in CPEB4 lead to the dysregulation in the expression of most of these 200 genes. The study has been published in the journal Nature.

“Upon studying the changes in protein expression in a mouse model with altered CPEB4 activity, we were surprised to observe that the changes included most of the genes that predispose individuals to autism spectrum, disorder,” says José Lucas, the coordinator of the study.

Raúl Méndez, ICREA researcher and head of the Translational Control of Cell Cycle and Differentiation Lab at IRB Barcelona and co-leader of the study, explains that, “this study is an example of how the expression of hundreds of genes must be perfectly coordinated to ensure the correct function of organs and the cells that make up these organs. In this case the brain and neurons.”

Environmental factors that alter brain development, such as infections during pregnancy, can also contribute to the onset of autism. “Since CPEB4 is known to regulate numerous genes during embryonic development, this protein emerges as a possible link between environmental factors that alter brain development and the genes that predispose to autism,” explains Alberto Parras, first author of the study and research at the Centro de Biología Molecular Severo Ochoa (joint centre between CSIC and the Universidad Autónoma de Madrid).

“Understanding the biological bases of autism may facilitate the design of future experimental treatments and diagnosis tools for this condition. Although futher research is required, CPEB4 emerges as a potential new therapeutic target,” conclude the researchers.