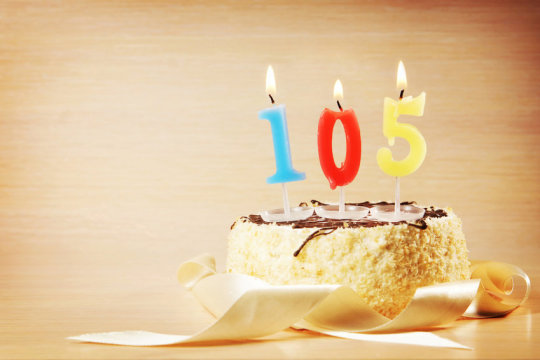 Want to be a supercentenarian? The chances of reaching the ripe old age of 110 are within reach — if you survive the perilous 90s and make it to 105 when death rates level out, according to a study of extremely old Italians led by the University of California, Berkeley, and Sapienza University of Rome.

Researchers tracked the death trajectories of nearly 4,000 residents of Italy who were aged 105 and older between 2009 and 2015. They found that the chances of survival for these longevity warriors plateaued once they made it past 105.

The findings, to be published in the June 29 issue of the journal Science, challenge previous research that claims the human lifespan has a final cut-off point. To date, the oldest human on record, Jeanne Calment of France, died in 1997 at age 122.

“Our data tell us that there is no fixed limit to the human lifespan yet in sight,” said study senior author Kenneth Wachter, a UC Berkeley professor emeritus of demography and statistics. “Not only do we see mortality rates that stop getting worse with age, we see them getting slightly better over time.”

Specifically, the results show that people between the ages of 105 and 109, known as semi-supercentenarians, had a 50/50 chance of dying within the year and an expected further life span of 1.5 years. That life expectancy rate was projected to be the same for 110-year-olds, or supercentenarians, hence the plateau.

The trajectory for nonagenarians is less forgiving. For example, the study found that Italian women born in 1904 who reached age 90 had a 15 percent chance of dying within the next year, and six years, on average, to live. If they made it to 95, their odds of dying within a year increased to 24 percent and their life expectancy from that point on dropped to 3.7 years.

Overall, Wachter and fellow researchers tracked the mortality rate of 3,836 Italians — supercentenarians and semi-supercentenarians — born between 1896 and 1910 using the latest data from the Italian National Institute of Statistics.

They credit the institute for reliably tracking extreme ages due to a national validation system that measures age at time of death to the nearest day: “These are the best data for extreme-age longevity yet assembled,” Wachter said.

As humans live into their 80s and 90s, mortality rates surge due to frailty and a higher risk of such ailments as heart disease, dementia, stroke, cancer and pneumonia.

Evolutionary demographers like Wachter and study co-author James Vaupel theorize that those who survive do so because of demographic selection and/or natural selection. Frail people tend to die earlier while robust people, or those who are genetically blessed, can live to extreme ages, they say.

Wachter notes that similar lifecycle patterns have been found in other species, such as flies and worms.

“What do we have in common with flies and worms?” he asked. “One thing at least: We are all products of evolution.”

Materials provided by University of California – Berkeley. Original written by Yasmin Anwar. Note: Content may be edited for style and length.