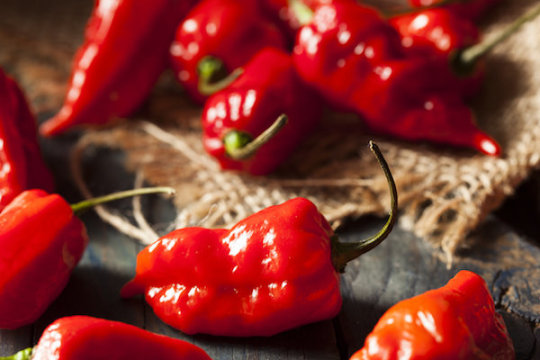 Spicy food is huge business, and Washington State University researchers have found that an electronic tongue, or e-tongue, is more effective and accurate in taste-testing fiery foods than sensitive human taste buds.

In a new paper in the Journal of Food Science, recent WSU graduate student Courtney Schlossareck and her advisor, Carolyn Ross, found that the e-tongue is very accurate at telling the difference of spiciness between samples of the same food.

Thousands of new spicy products hit supermarket shelves every year. Some people crave the heat, some fear the burn. But if you enjoy it, spicy food wears out taste buds quickly.

This can be a problem for people who make and sell spicy food.

The e-tongue’s ability to differentiate between the spiciness of foods could come in handy for industry, or even the WSU Creamery, which makes Crimson Fire cheese.

“Spicy cheese is really popular,” Schlossareck said. “So helping cheese-makers dial in the optimum level of spiciness would be even more helpful.”

Another problem with testing spicy foods is that people can only test a few samples before their taste buds give out. After a few bites, taste buds can’t distinguish differences in taste at all. But the e-tongue can handle as much heat as any scientist can throw at it and maintain accuracy.

“This would allow testers to narrow a selection down to two or three samples for a human tasting panel if they start from 20 different formulations,” Schlossareck said. “That would take days to do with people tasting them.”

That’s because real people need to wait at least five minutes between samples. And even then, only a few samples can be tested because the spiciness lingers and can throw off results, she said.

So next time you crack open a case of Crimson Fire, give thanks to the taste testers who suffered. Now the e-tongue can bring more refined options to their taste buds.