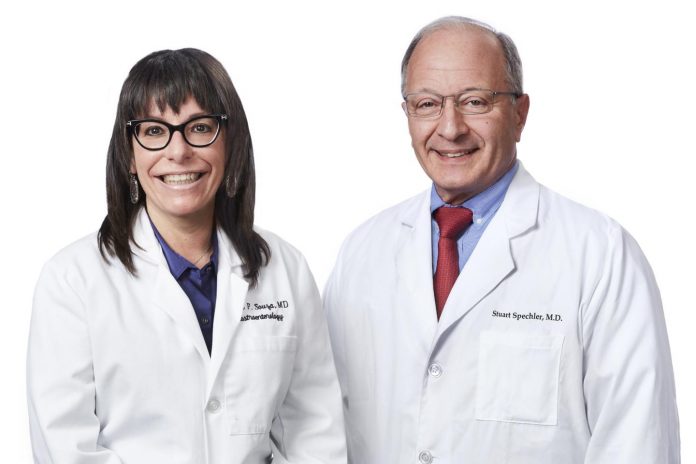 The incidence of esophageal adenocarcinoma has increased 8-fold over the past 50 years. This is one of the deadliest cancers, with a five-year survival rate of only 20 percent. However, the survival rate more than doubles if the cancer is identified early. Gastrointestinal reflux disease (GERD), which affects one in five adult Americans, is a major risk factor for esophageal adenocarcinoma via the precursor lesion Barrett’s esophagus. Aiming to find new ways to prevent esophageal cancer, a research team at Baylor Scott & White Research Institute received an R01 award from the National Institute of Diabetes and Digestive and Kidney Diseases one of the 27 institutes and centers of the National Institutes of Health (NIH), the nation’s premier medical research agency, to study the molecular mechanisms that link GERD to Barrett’s esophagus and cancer.

In particular, the research team wants to know why Barrett’s esophagus frequently recurs after radiofrequency ablation, a minimally invasive endoscopic therapy that uses heat to destroy dysplastic cells. The answer seems to lie in the formation of subsquamous intestinal metaplasia, wherein Barrett’s cells burrow under the normal squamous lining of the esophagus to evade ablation. They found that the acid and bile components of gastroesophageal reflux trigger the Barrett’s cells to undergo epithelial-mesenchymal transition (EMT), a wound-healing event in which the cells acquire the ability to migrate under the squamous lining where they are hidden from endoscopists and shielded from destruction by radiofrequency ablation. They hypothesize that EMT also helps the Barrett’s cells survive after reflux-induced oxidative stress, a process that could allow oncogenic mutations to accumulate. Identifying strategies to prevent EMT or mitigate its cancer-promoting effects in Barrett’s cells will guide the design of new therapies to prevent esophageal cancer.

Other key signaling pathways under investigation include the hypoxia-inducible factors (HIFs). The 2019 Nobel Prize in Physiology or Medicine was awarded for the identification of hypoxia-inducible factors as multifunctional factors involved in sensing oxygen levels, including oxidative stress. The Baylor Scott & White research team previously discovered that HIF-2a mediates the response to GERD in normal esophageal epithelial cells. The new work focuses on HIF-1a in Barrett’s cells. The researchers also have evidence that pathways involving the transcription factor ZEB1 link reflux to the initiation of EMT.

They are now planning to extend these studies and identify new drug targets both upstream and downstream of EMT. The work leading up to this proposal has been published in high impact journals including Gastroenterology and Gut.
The importance of this mechanistic research is clearly shown in their prior work on GERD itself. According to Dr. Spechler, “We were able to completely change the paradigm of how reflux disease works. It was thought that the injury was just an acid burn, but we showed that the real damage comes from cytokines release in response to the refluxed acid. This was a brand new concept. Our research is translational and patient-oriented, focusing on fundamental mechanisms that underlie common disease processes. These are the kinds of studies needed to develop novel, effective treatments for our patients.”

As the largest not-for-profit health system in the state of Texas, Baylor Scott & White Health promotes the health and well-being of every individual, family and community it serves. An integrated care delivery network, the system includes the Scott and White Health Plan, Baylor Scott & White Research Institute and Baylor Scott & White Quality Alliance. Through 52 hospitals and more than 1,100 access points including flagship academic medical centers in Dallas and Temple, the system offers the full continuum of care, from primary to award-winning specialty care, throughout Texas, and via virtual touchpoints. If its service area were a state, it would be the eighth largest, providing care to a population larger than that of the state of Georgia. Founded as a Christian ministry of healing, Baylor Scott & White is proud to honor its century-long legacy through its commitment to improving accessibility, affordability and the customer experience for all. For more information, visit BSWHealth.com

About The National Institutes of Health
T

he National Institutes of Health (NIH), the nation’s medical research agency, includes 27 Institutes and Centers and is a component of the U.S. Department of Health and Human Services. NIH is the primary federal agency conducting and supporting basic, clinical, and translational medical research, and is investigating the causes, treatments, and cures for both common and rare diseases. For more information about NIH and its programs, visit http://www.nih.gov.