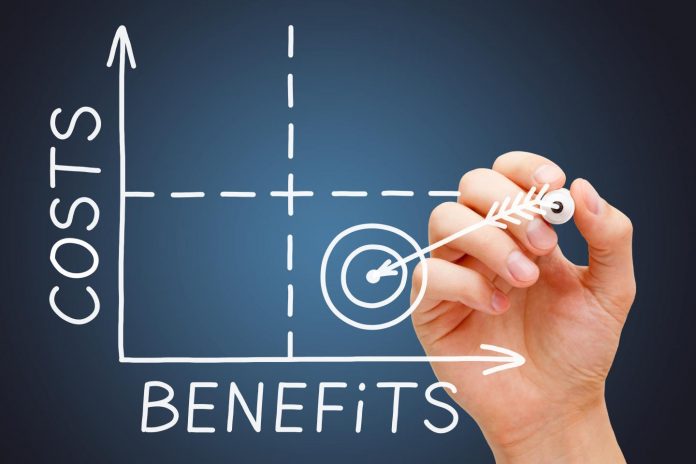 Highlights:
* Study estimated the cost-effectiveness of esketamine, a novel intranasally dosed antidepressant for patients with treatment-resistant depression
* Researchers employed a decision-analytic model to simulate the effects of treatment with esketamine versus oral antidepressants from both societal and health care sector perspectives
* Study concluded that the price of esketamine must fall by more than 40% to be cost-effective for management of treatment-resistant depression in the United States

A paper authored by researchers from McLean Hospital has determined that esketamine, a nasal spray to treat severe depression, is currently too expensive for widespread use. Titled “Cost-Effectiveness of Esketamine Nasal Spray for Patients With Treatment-Resistant Depression in the United States,” the paper was published on July 7 in Psychiatric Services.

The study compared the costs and benefits of esketamine, an antidepressant approved by the U.S. Food and Drug Administration (FDA) last year for use in treatment-resistant major depressive disorder. Unlike ketamine, a drug delivered intravenously to treat severe depression, esketamine is a nasal spray.

Lead author Eric L. Ross, MD, reported that “most medications don’t work as well for people with treatment-resistant depression.” However, he said, “Esketamine has been effective in a population where many other treatments haven’t worked.”

Ross said, “I want people to use esketamine, but it’s important that it be cost-effective. I don’t want it to put a real strain on our mental health care system.”

To estimate the cost-effectiveness of the drug, Ross and his colleagues used a “decision-analytic model” to simulate the effects of treatment with esketamine versus oral antidepressants over five years. The model looked at both societal and health care sector perspectives of using the drug.

Ross explained that the study built on previous investigations of esketamine but added information about cost. Also, he said, the model accounted for issues such as “How much does it cost to have uncontrolled depression?” and “How much does it impact your quality of life?”

The simulations found that, over five years, esketamine was projected to improve quality of life by increasing time in remission for patients. Societal costs and health care sector costs, however, were projected to go up substantially. The authors estimated a greater than 95% likelihood that intranasal esketamine would not be cost-effective in the United States, according to commonly applied standards. Also, they concluded that the price of esketamine must fall by more than 40% from its current price of approximately $240 per dose to be cost-effective for the management of treatment-resistant depression in the U.S.

“Esketamine is too expensive, but it does work,” Ross asserted. “The question now is ‘How do we get the price down?'”

Ross said that he hopes the paper will encourage policymakers, insurers, and health care leaders to work to reduce the price of esketamine and make it more available to those in need. “At the end of the day, it’s not about saving money,” he said. “The goal is to make sure we’re getting the most clinical benefit we can for the money we spend.”

ABOUT McLEAN HOSPITAL:
McLean Hospital has a continuous commitment to put people first in patient care, innovation and discovery, and shared knowledge related to mental health. In 2017 and 2018, it was named the #1 hospital for psychiatric care in the United States by U.S. News & World Report. McLean Hospital is the largest psychiatric affiliate of Harvard Medical School and a member of Mass General Brigham. For more information, please visit https://www.mcleanhospital.org/ or follow us on Facebook or Twitter.