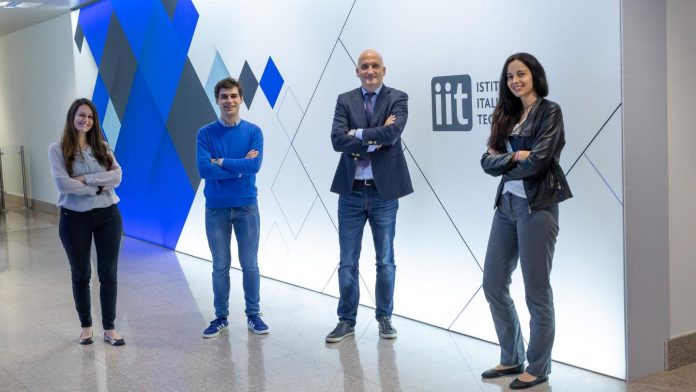 Genova (Italy), 10th July 2020 – Researchers at IIT-Istituto Italiano di Tecnologia (Italian Institute of Technology) discovered a novel chemical compound, which has the potential to became a new drug for the treatment of core symptoms of brain disorders like Down syndrome and autism. These results are obtained in preclinical models where the new compound ameliorated difficulties in cognitive tasks, as well as social interactions and repetitive behaviors, which are present in neurodevelopmental and possibly neurological disorders. Researchers now aim to create a dedicated start-up company with the support of interested investors in order to further develop this compound and make it a treatment for patients. The study has been published in the scientific journal Chem: https://www.cell.com/chem/fulltext/S2451-9294(20)30298-9

These breakthrough findings are the result of a joint effort of two Italian research teams guided by Laura Cancedda and Marco De Vivo, at the Istituto Italiano di Tecnologia in Genova (Italy). Laura Cancedda is head of the IIT’s Brain Development and Disease Laboratory and also an assistant scientist at the Dulbecco Telethon Institute. Marco De Vivo is the head of the IIT’s Molecular Modeling and Drug Discovery Laboratory. The research study has been funded by Fondazione Telethon and partially benefited of a grant of the European Research Council (ERC).

The two groups worked on complementary aspects of the research study: the De Vivo’s group designed the new molecules with the aid of computational methods, and synthetize them whereas the Cancedda’s lab focused on extensive biological tests of such compounds. The final result represents the development of a promising chemical compound, which is usually referred in pharmaceutical industry to as ‘drug candidate’ because of its potential to become a clinical drug in the forthcoming years.

Co-first authors of the research article are Annalisa Savardi (Cancedda’s Lab) and Marco Borgogno (De Vivo’s lab) who worked synergistically to identify the novel chemical compounds and investigate their biological consequences in the brain of preclinical models of neurodevelopmental disorders. Such models are the first experimental steps to verify the benefits and safety of the new drug.

In particular, researchers focused on the effect of the molecules on the protein NKCC1, a very promising target for drugs to treat brain disorders. NKCC1 is a transporter of chorine (and other) ions in the brain, and the correct concentration of such ions is crucial for brain function. In several brain disorders like Down syndrome, autism and epilepsy, the concentration of such ions in the brain is dysregulated due to NKCC1 abnormal function. These newly discovered compounds can potently and selectively block NKCC1, without undesired side effects (excessive diuresis) caused in fact by other existing drugs which are non-selective NKCC1 inhibitors.

“This study and exciting results come at a time where neuroscience drug discovery in industry struggles to deliver novel breakthrough classes of effective molecules. As a matter of fact, therapeutic options for most of neurodevelopmental disorders have remained scant, or not highly effective over the last decades. This is mainly due to a poor understanding of the mechanisms underlying these challenging pathological conditions. This discovery follows several years of work on NKCC1 function and inhibition at IIT and will possibly bring us closer to the development of sustainable therapeutics for the treatment of a number of brain disorders” – comments Laura Cancedda.

“At this point, our most promising compound could enter into clinical tests in hospitals in less than two years from now. This additional step toward making of this compound an approved drug, however, requires further work and more funds. For this reason, we plan to launch a new start-up company dedicated to this project. It would be wonderful to see our discovery impacting on those in needs” – adds Marco De Vivo.

The newly discovered and promising drug candidate is now undergoing advanced preclinical studies to move it forward and hopefully reach soon clinical studies. Additional studies will allow defining the overall safety profile of the molecule and other key parameters, such as pharmacokinetics, formulation and dosing, necessary to fulfill the regulatory requirements to access clinical studies.